What do you have to lose with Trump? Criminal justice and fair policing : TheGrio


Four years ago, Donald Trump asked Black voters, “What have you got to lose?” As a professor focusing on criminal law and someone who has fought for civil rights in the courts, it is clear to me that Black folks lost a lot.

The list of losses for criminal law is long. At the top of the list is the loss of federal oversight of unconstitutional policing practices. Equally as bad, we “gained” Trump’s toxic encouragement of an unlawful police force. Instead of a president who investigates police misconduct, we have one who encourages it. Trump also has stood in the way of meaningful legislative advances, like those in the George Floyd Justice in Policing Act.

The hallmarks of Trump’s criminal policies are the same as what defined so much of his presidency. He has embraced white nationalism, misconstrued data, and engaged in cronyism, and the result has been a parade of horribles and an increase in hate crimes. Unidentified federal forces snatching people off of the street during Black Lives Matter protests. Leniency for friends like Roger Stone, but a blind eye to racial injustices that could be addressed through a presidential pardon. The return of the death penalty for federal crimes, notwithstanding the death penalty’s historical racial disparities. And, unhealthy prison conditions, especially post-pandemic, affecting a population that is almost 40% Black.

Particularly at this moment, we see the consequences of Trump’s focus on militaristic and machismo policing. This is a person, who as president, encouraged police officers to be rough with people they arrest and to shoot protestors. He even refuses to admit that lethal police force is a racial issue, despite the fact that Blacks are killed by police at a rate more than twice that of whites.

Trump’s words are, in and of themselves, dangerous. Even worse, his policies reflect his words.

Trump’s Department of Justice eliminated restrictions preventing police departments from obtaining military equipment. The Barack Obama administration imposed the restrictions after the deployment of heavily-armed police in Ferguson, Missouri after the killing of Michael Brown. Unsurprisingly, history has repeated itself in several cities this summer, stoked both by Trump’s irresponsible rhetoric and policies.

The agreements include provisions requiring community engagement and specifying guidelines for stops, searches, use of force, and policing at political demonstrations. They certainly are not cure-alls, but research has shown that independent monitors reduce fatalities caused by police officers.  Consent decrees also provide models for reform for other police departments.

In addition to walking away from police oversight, Trump has been a barrier to legislative reform. This summer, he countered the Congressional Black Caucus’ George Floyd Justice in Policing Act with watered-down proposals. If we turn the question around and ask what Black voters have to gain in November, one answer (with a few Senate seats) is the passage of the act.

Black voters have everything to lose again this November. Policing –– literally a life or death matter –– is at the top of the list. 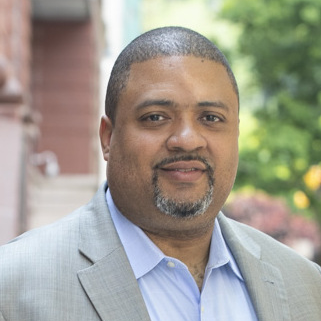 Alvin Bragg is a visiting professor and co-director of the Racial Justice Project at New York Law School and a candidate for Manhattan District Attorney.  He previously was a federal prosecutor and the Chief Deputy Attorney General for New York State. Follow him on Twitter at @AlvinBraggNYC.

An officer with the Baytown Police Department turned himself in on Tuesday after being charged with aggravated assault by a ...

Officer suspended after pointing gun at doctor outside of his business

After pointing a gun at a business owner, an Aurora, Col. police officer is suspended from duty. Read More: Georgia ...

Michelle Obama: ‘We could’ve never gotten away with’ what Trump does

President Donald Trump is on a mission to stop what he calls “toxic propaganda.” According to Politico, the president has ...

On the heels of the Jessica Krug controversy, yet another white academic has come clean about pretending to be a ...